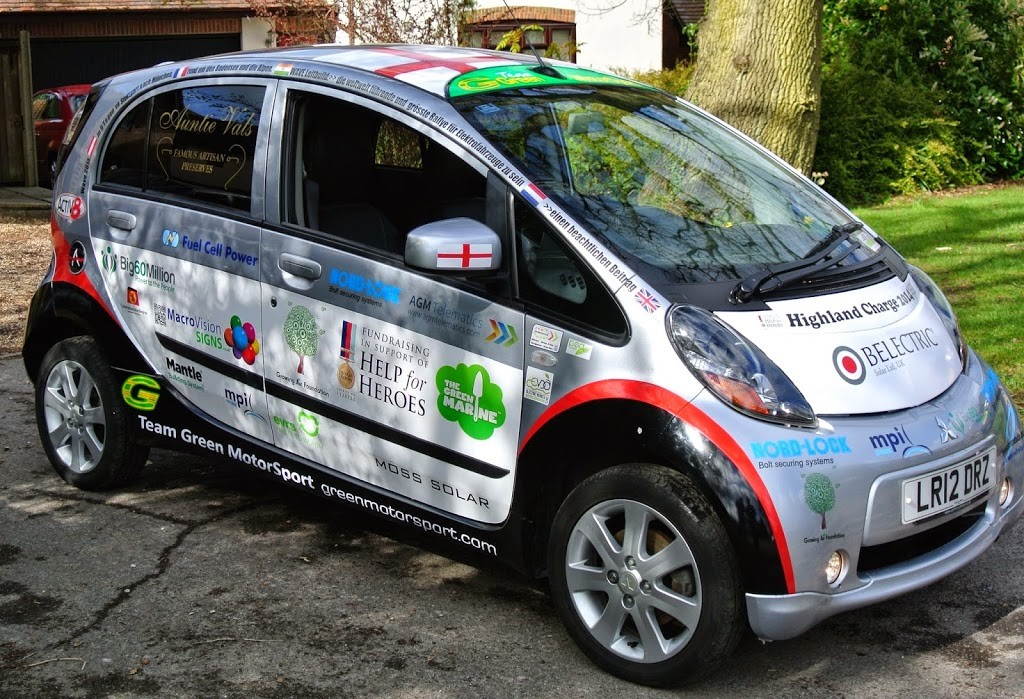 Gordon Foat of Green MotorSport is preparing for the WAVE 2014, the fourth drive across Europe for battery electric vehicles powered by renewable energy, from 31st May to 7th June. Green MotorSport successfully participated in all the WAVE events, driving across some of the most demanding territory in Europe. This year Team Green MotorSport will have two entries. Our support vehicle will be a conventional battery electric car, driven by our colleagues from EV Matters, Brian and Jean Orr. 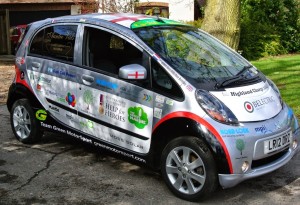 As a ‘warm-up to WAVE 2014’, EV Matters has elected to share the WAVE principles with a UK audience by taking their WAVE-liveried battery electric vehicle on a whistle-stop tour, starting in London – up the east coast to Scotland – side excursions into and around the Scottish Highlands – before heading to the Western Isles – demonstrating the feasibility of Scotland, as an ecological sustainable destination for pure-battery EVs!
EV Matters will raise funds for ‘Help the Heroes’ aiming to contribute a pound for each mile covered. At the end of the Scottish phase, EV Matters has been invited to present their car on 25th April at the Green Fleet Motorshow in Edinburgh and to receive the endorsement of the Scottish Minister for Tourism and Veterans for both the EV Trial and the charitable fund-raising. By the time that EV Matters gets back to base, on 27th April 2014, they will have clocked 2,000 plus miles in just 2 weeks!
The other vehicle in WAVE’s Team Green MotorSport will be our lightweight utility vehicle powered by a revolutionary generation of liquid cooled electric motor, coupled with a super efficient liquid cooled vector control system. The technology is the outcome of Green MotorSport’s Cost Effective Motor Project, which aims to provide electric vehicles that people can afford to buy. WAVE 2014 will give us the opportunity to test and showcase this new technology in a challenging environment. Gordon Foat will drive this unique hand-built prototype, which we have developed with ZCars in the UK. The co-driver will once again be Leora Rosner of the Growing Air Foundation (GAF) which will use electric vehicles in their work planting forests around the world. 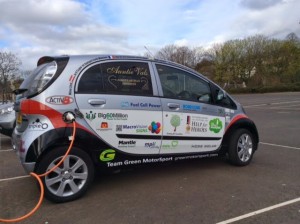 WAVE 2014 is attracting more publicity as the installation of the renewable electricity infrastructure spreads across Europe, encouraging more people to drive electric vehicles. Last year the WAVE teams, including Green MotorSport achieved the World Record for an electric vehicle parade, as announced in the Guinness Book of Records. We shall keep you informed of Brian and Jean’s trip around Scotland, as well as progress with the performance of our new electric vehicle.
Share this: