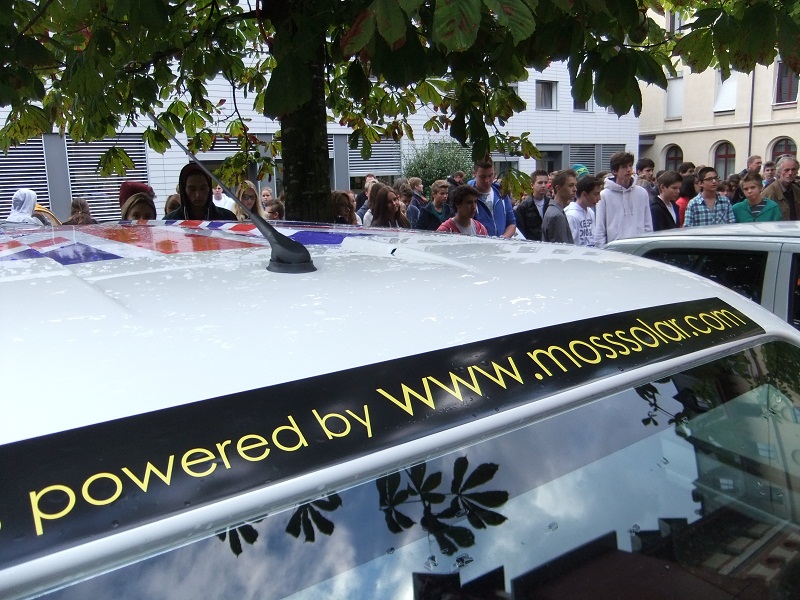 Today was a very interesting day starting early with a presenation at a local school in Kussnacht where hundreds of students were briefed on the technical specifications of each WAVE car entry. This was folled up by a guided tour of the location where William Tell killed Hohle Gasse in a narrow pass between marsh lands. I also got to play Williams son. An apple was placed on my head and a guy who looked like William Tell shot an arrow into it! Very disturbing, he managed to avoid hitting my head and a clean hole in the apple was the result. After this shock we moved on in our MIA electric car to a lake side hotel where we had an amazing lunch. Our next stop was KWO in interkirchen at 1100 meters above sea level, followed by a hill climb to the hotel Steingletscher where we had an evening meal followed by a treck to the glacier. That evening we also had a chance to watch the WAVE presentation of 2011, that was a fun reminder of last years Rally. 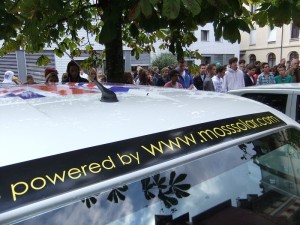 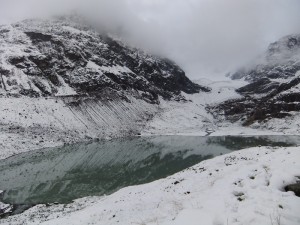