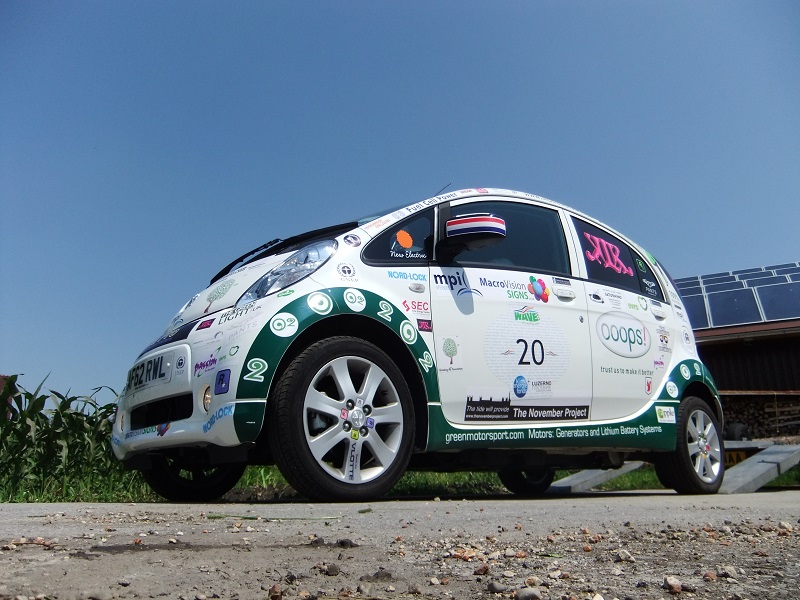 Deep within the darkness of the bunkers rooms alarm clocks sounded. Doors opened, people shuffled into showers, stripped beds, pulled on clothes, gathered suitcases and lumbered out the door into the daylight with paper bags of breakfast waiting for us in the shade of the trees of the square where our vehicles were parked for the night. Our trusty steeds were champing at the bits after a nocturnal feeding of electric oats fit for a king. When everyone, or at least those who stayed for the very end, were fed and watered we hit the road once again. There were three more “open doors” from which we needed to get our stamps for the final score. The unfortunate thing from the day before was not being able to find one place which eventually was found! So, getting today’s stamps were an absolute necessity.

With success in our pockets or rather on the stamp page we headed for the ferry to Meilen and then for Küsnacht and the final festivities of the WAVE. Points, prizes and paraphernalia including ice cream to cool the broiling bodies, not to mention the boiling brains. In fact I need to speak for myself on this particular occasion since I could see them dripping every time I tilted my head. We all sat, talked, drank cool drinks and we were given the final information from Britta Muzyk about the book she would be writing using all of us “WAVERS” as characters in her spy novel. She basically needed to have releases signed from those of us who agreed to be included and so we were given our release forms to be signed pronto which was delayed because literally a moment later everyone, including those who are sun lovers, were called to see who would receive what prize and so all gathered in the shade for it was a scorcher.
The stage was set three long steps above the ground with Louis m.c.ing the proceedings according to precedent as he proceeded to announce the winners. As we all stood, with bated breathe, dripping sweat behind sunglasses as Louis began. The winners in order of appearance were Team Rafael de Mestre in 3rd place, Team Metron Institute and Team Austria’s Green Sportscar shared 2nd place and the 1st prize went to Team Phoenix Contact. Other prizes were given for best blog, most efficient vehicle and more! All in all, all were pleased for the winners, cheering, clapping and the inevitable waving of all the WAVE teams. Then the morphing began as teams began their good-byes with hugs, the shaking of hands, outright laughter, slaps on backs and the turning of the keys in silent cars, their only sounds as wheels turned was the soft crunch of the soil as the area emptied. We began our journey back, first to Salzburg then to Calais where a ferry would trundle us back to the U.K. and finally a flight to Amsterdam.

The next and final blog in this journey will soon appear. 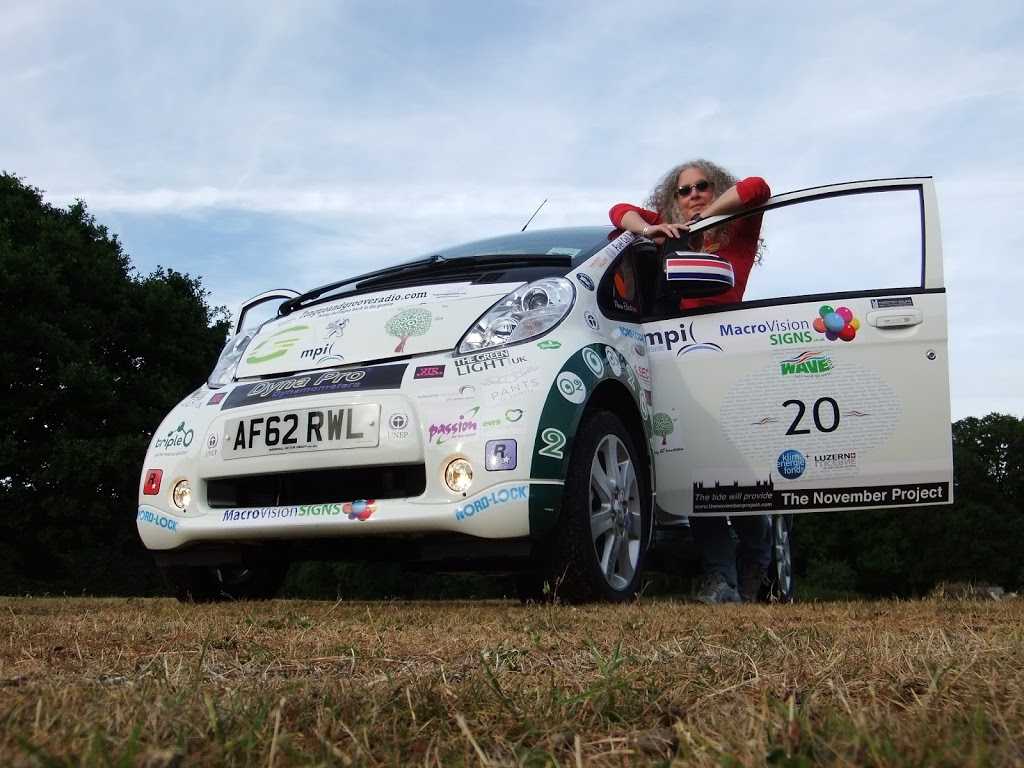 I’m sitting here at home now after taking down an exhibition of images I took from my planted roof, tree’ed and wild balcony and from British Colombia. This particular blog seems to be hard to finish and I sit here with trepidation on just how to wind it down. This writer’s suffering electric car withdrawal. Perhaps we need to wake up very early, step into the Peugeot iOn after a small fast breakfast and drive for a few hours in the silence, the passing landscapes and the laughter in a Texan drawl wondering why the sat-nav is begging for more with the earth celebrating the WAVE, GAF and the double edged sword against climate change. It is the awakening of a new dawn and the quickening of a new compassionate conscience rising over the horizon. Let us begin the celebration of a sustainable re-forested world and the enormous possibilities being offered. Let us get to it and change the world, now! May the force be with us!!!!