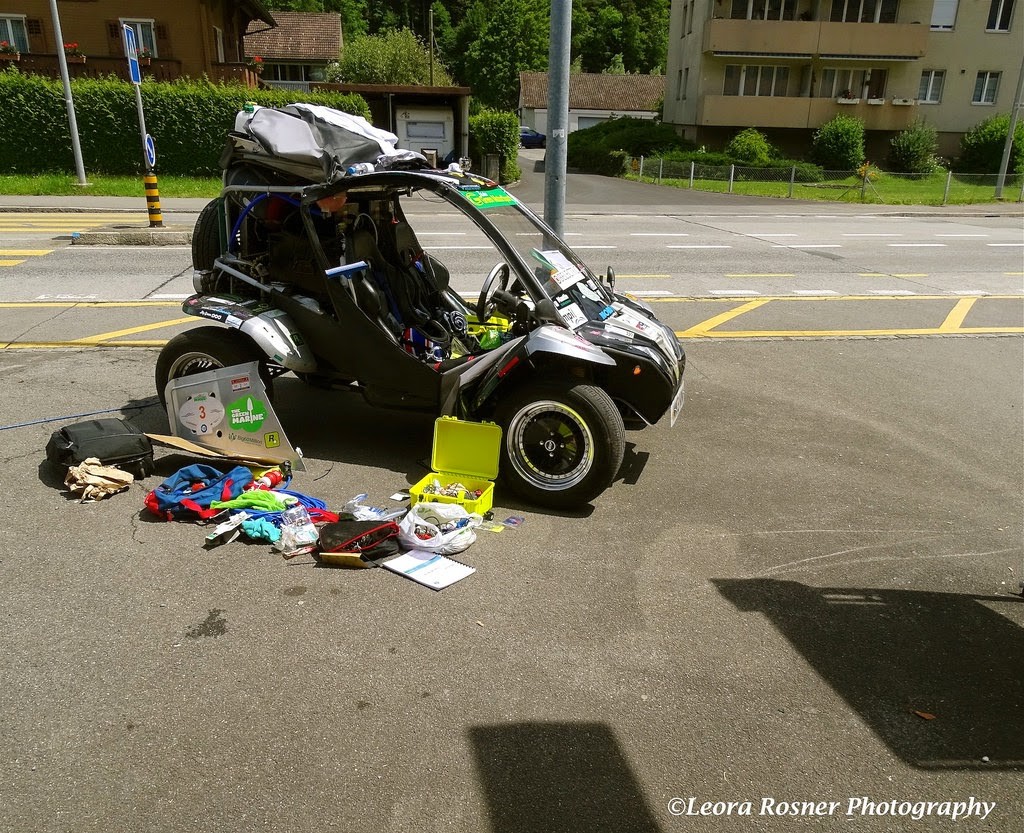 Another day begins; coffee and breakfast carry us into the dining room as we carry our luggage outside. The buggy is loaded, the batteries loaded and after breakfast we are loaded. The road greets us wishing us happy trails and off we go into the day. As I mentioned before the Tapir is a prototype and prototypes can offer unexpected surprises.
We were driving the days a to b when the eventual switch to the other battery needed to be made. In order to do that we needed to stop, turn the engine off and then turn the big switch right behind between the seats. Gordon reached back, grabbed the switch but it wouldn’t budge. After a few moments he attempted it again, no go. He turned the ignition, drove another couple of kilometers, stopped and tried again. The switch turned and off we went. Something still wasn’t quite kosher. 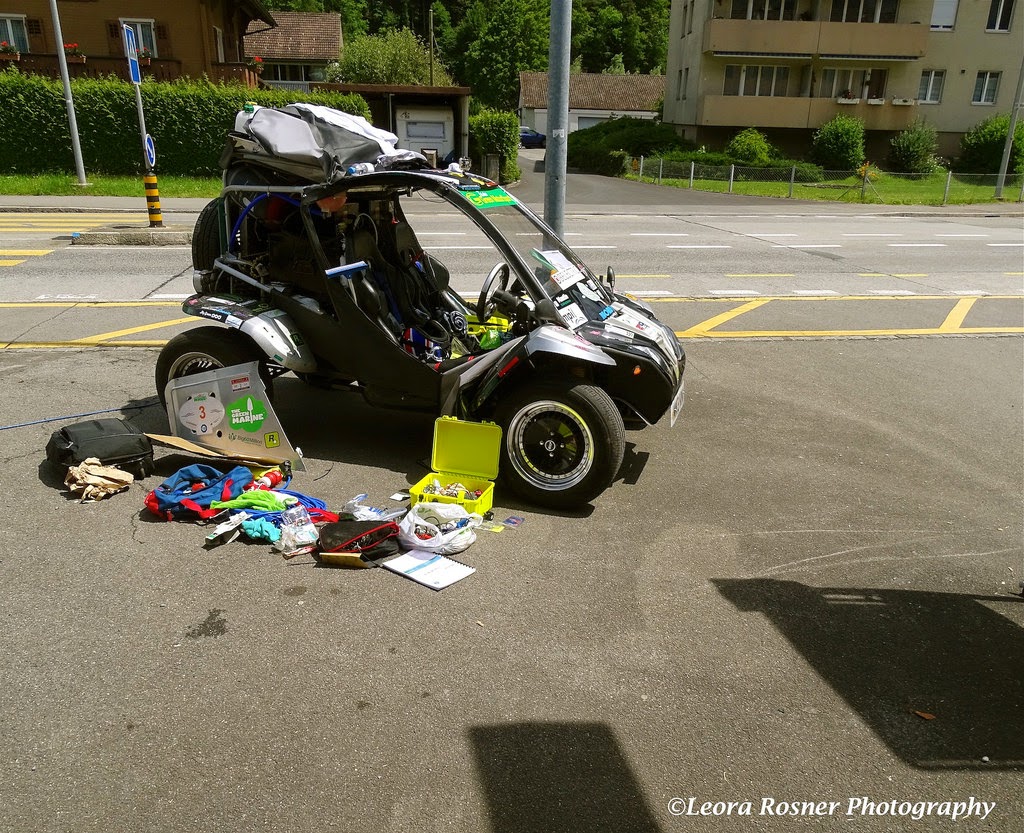 For some reason there was hardly any charge left at all and confusion insured wondering if we were switched to the top battery back or the bottom one. Regardless of what we thought we had to stop and do it quick before we just stopped in the middle of the road. Gordon turned the switch one direction and then the other and discovered the switch was switching too easily. We drove another 100 meters and stopped in front of a cafeteria coffee shop. The owner was not pleased when I asked if we might be able to plug into the socket outside and, no, we couldn’t order any coffee or anything for that matter. He eventually allowed us to plug in while Gordon took the right side panel off to get to the tool kit. There were now a variety of things strewn along the side of the Tapir. Gordon took the switch off and discovered the inside had melted and other parts had simply vanished. Like a proper surgeon he performed a bypass and that solved the problem. It would take more time to switch from one pack to the other but we were now able to keep going! He wrapped it all in tape, the bypass, protecting from getting a shock and besides our hair was curly enough.