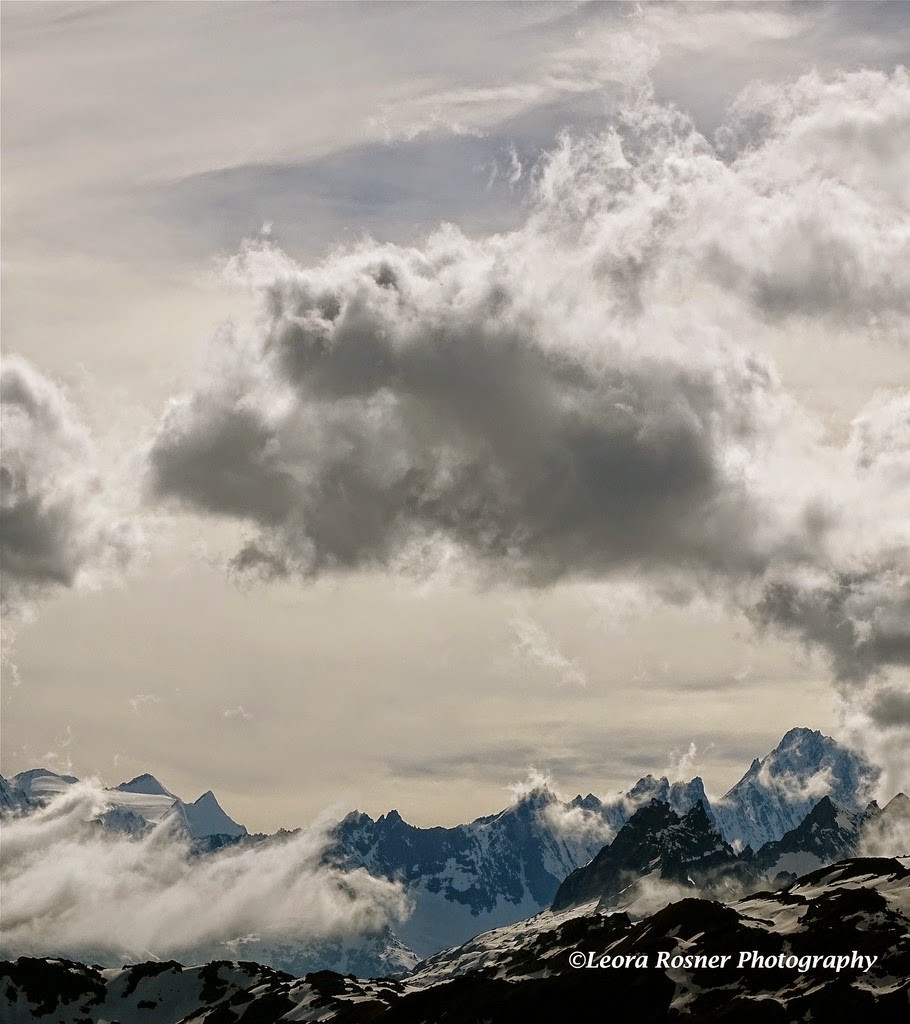 Today we are going up the Furca Pass, at 2436 meters, the highest one in Switzerland. We were ready and began our drive. As we approached the beginning of the Furca Pass we happened to pass Urs on his electric bicycle. We tooted and waved and Urs waved back enthusiastically. In my eyes Urs would be the hero of the day. After all, it was the Furca Pass and to get over it on an electric bicycle was going to be no mean feat!

Driving with the inimitable plug hunter himself I knew that should it be necessary to plug in somewhere he would find one without any trouble. We continued on and eventually reached a point where we needed to plug in and as expected the plug hunter hunteth and the plug hunter pluggeth! Lo and behold there was THE spot and we could stop and plug in for some battery juice insuring our safe and continued passage over the pass. Gordon climbed out of the Tapir, hauled out a cable, walked over to the steel hut on stilts, climbed the few steps and attempted to climb onto the thin railing in order to reach the targeted plug. This was not working too well for the railing wobbled dangerously. As Gordon climbed back down Urs appeared on his e-bicycle, got off and began to shove his bike behind the steel hut on stilts.

Odd! Two minutes later a police car drove by, passed us all and continued upwards a short distance. They stepped out and proceeded to watch us all. Gordon asked Urs who has a wiry build that would enable him to perform such an acrobatic feat, if he might try climbing up to plug us in and so he did and succeeded. Once he climbed down he told us of his plight. All that we understood was that the police were not going to allow him to continue over the Furca Pass. I couldnt believe it since, as he told us this two cyclist came barreling down towards us from the opposite direction. What the frack was going on? I took a few photographs and when I turned around the police were there, talking to Urs and shooing us away. Ms. Cop came to me and said that if we needed help we could use the orange pillar like thing to call.

This orange thing had a fence around it and so I replied that I had no idea that that thing was used to call for help and that we did not need any help we just needed to plug in, pure and simple. She showed me that it was open on one side and again I claimed innocence and she believed me. Mr. Cop, in the meantime, continued to talk to Urs who eventually called Louis in desperation. They were going to arrest him, as it turned, forstealing electricity. Pfffffffffff, how much might that have cost, 10 cents? Maybe and for that he was to be arrested? Insane!!!!! They were also upset that Urs had photographed them so in my urge to take more photos I made a point in asking if they minded if I took some shots. Since I had gotten Ms. Cop to laugh, I was free to do what I wanted. The police were now on the phone with Louis who was able to convince them that Urs was kosher and all was good. They finally let him go and on we all continued up the infamous Furca Pass.

We lost sight of Urs as we climbed and about halfway we stopped to take some pictures. The view was staggeringly beautiful. Some of the peaks were covered in snow while other baked brown in the sun. One view offered a rippling, almost like water frozen in time, stretch of mountaintops that shone blue in the sunlight. Clouds overhead moved in an almost deliberate manner until one cloud appeared that looked like an animal running headlong, leaning into a turn, as it raced across the sky. I was witness to the Glaciator desperately trying to keep those peaks covered in snow, battling against the change in climate that we humans had caused. 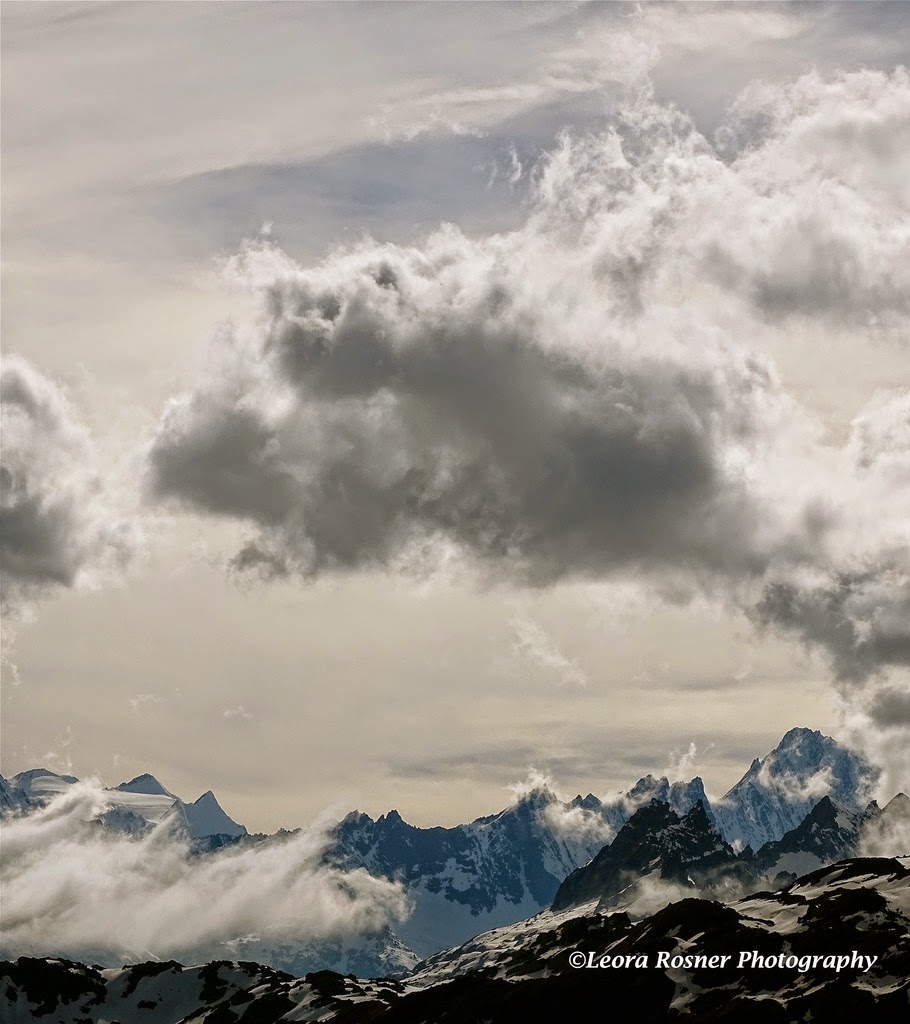 A few more pics were taken and we climbed back into the buggy and headed off for the top of the Furca Pass. Once we arrived we were met again by an astounding view and a group of soldiers having ice cream! They immediately glommed onto the Tapir asking questions and mumbling to each pointed at our front tires. There was quite a bit of hmmming and uh huhing when they announced that if we were to be stopped by the police and they happen to notice the condition of our front tires we would not be allowed to continue. You see, the front tires, suffering an orthopedic condition, were some what pigeon toed and stood more on the inside of the tire then just flat on the ground. Due to those facts the inside of both tires were now, basically, bald while the outside had serious tread. We thanked them for their advice, talked about their socks, which anyone who was at EMPA last year will understand and off we drove. The decision was made to get our hands on “new” front tires ASAP!

Upon arriving at our destination for the evening and night we were all treated to various presentations about the area and the state of glaciers today due to climate change. When the latter was finished the speaker asked if there were any questions. I raised my hand and asked if he had any hope that these glaciers could be restored. He basically evaded the question stating that hope means getting emotional and emotions did not concur with scientific findings and research. I retorted with the fact that to continue with only research would not work, that emotions are a part of the equation to get the job done and it was time we got our hands dirty, into the soil and make the much needed changes to slow climate change and eventually to stop it.