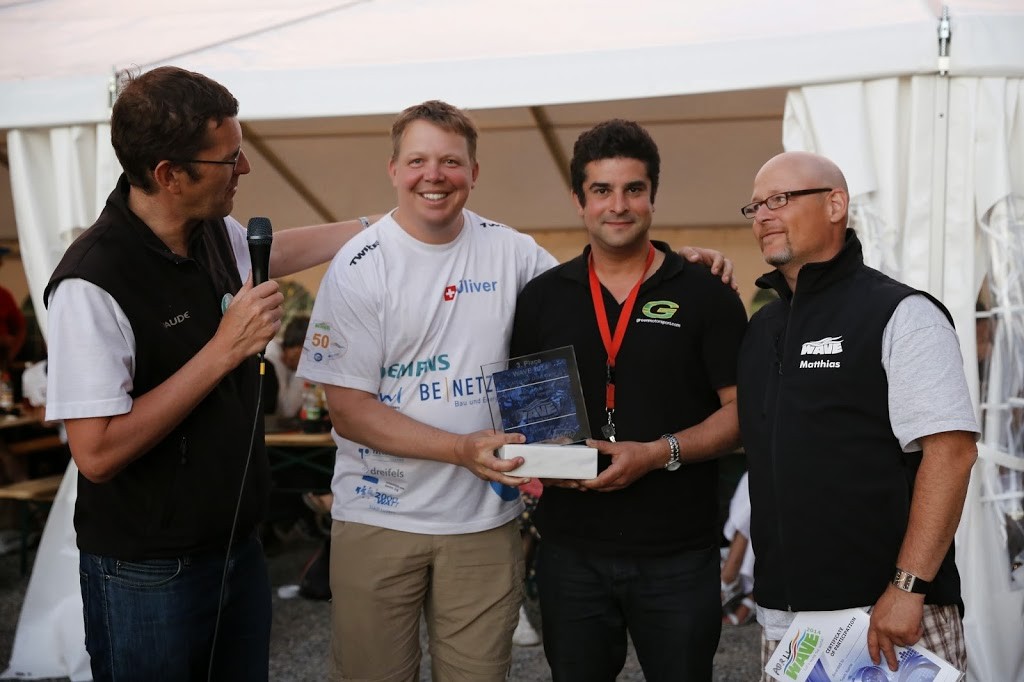 The day started out fine with breakfast, coffee and orange juice. Following the usual procedure we loaded our suitcases, unplugged and hit the road. We were on our way to Interlaken, a beautiful day through beautiful scenery past open sided tunnels. Hidden under pages from the road map to block the sun from the face of the android pad I was reading the numbers, which meant the state of charge, current and voltage.

Everything was going perfectly when suddenly the Tapir made itself known with an odd sound and we began losing speed. We pulled off the road beside a lake about 5km from Interlaken. The scene was a picture postcard of glistening blue water, coots swimming by and sailboats moored hither and hither in the water. The leaves on the nearby trees glowed in the sunlight, a few clouds rested in the blue sky.

Gordon turned the ignition, the motor worked but we weren’t moving, not even an inch. We clambered out and Gordon crawled under the buggy close to the rear tires. He was lying on his side and so only his bum and legs were sticking out from beneath the buggy. I looked around and across the road was a rock face with new plants growing from the rock.

The sun beat down making that rock face visibly warm. As I turned to look at the lake and then to see what Gordon had been able to discover, I saw a duck couple, male and female, waddling towards us. The male seemed to lead and his mate followed about a foot behind him off to his left. As he waddled past me, he looked up, decided I was harmless and settled comfortably in the soft grass. The female decided to take a detour. Instead of following her mate she turned slightly to the left and headed straight for Gordon’s bum! All I could think of doing at that moment was to think as strongly as possible to the duck, “I don’t think this is the time or moment to bother Gordon right now. He’s trying to figure out what has gone wrong!” Mrs. Duck stopped in her tracks and looked at me. She cocked her head to one side while giving me a look of, “oh, ok, no worries.” She then waddled back a few steps and settled down in the soft grass while keeping an eye on Gordon’s bum and all was peaceful in her world. Mr. Duck, however, paying no attention at all to anything else, simply preened himself the entire time.
Well, we needed help and it was just our luck that Roberto happened by. He is on one of the support teams. Unfortunately there was nothing he could do and so it was decided I would ride with him into Interlaken and help would be sent back to Gordon waiting with the Tapir. Long story short, it was the left rear wheel bearing and drive shaft connection that had given up the ghost, however Gordon managed to drive the Tapir into Interlaken, limping, followed by the WAVE support crew. The buggy was eventually towed to a local service station, checked again and diagnosed with the only therapy being it needed to be left there and picked up later with the truck and trailer and taken back to the U.K.

Later that day everyone arrived on Mt. Rigi where the prizes would be awarded and a fabulous meal would be served including a trio of Alpine Horns being played. I must say that the sound produced was exquisite and at the risk of sounding corny, was truly heavenly!

As the prizes were being awarded Gordon arrived just in time in the electric support car to receive third prize overall shared with the Swiss TV crew. He also won for the best charging and Gordon and I were given our participation certificates. We had made it despite the trials and tribulations and the Tapirs’ motor and battery packs came through with flying colours! 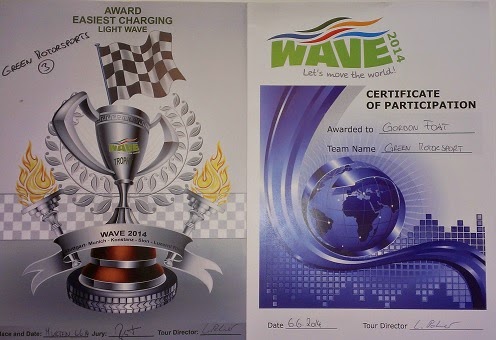 Sunset as seen at Mount Rigi 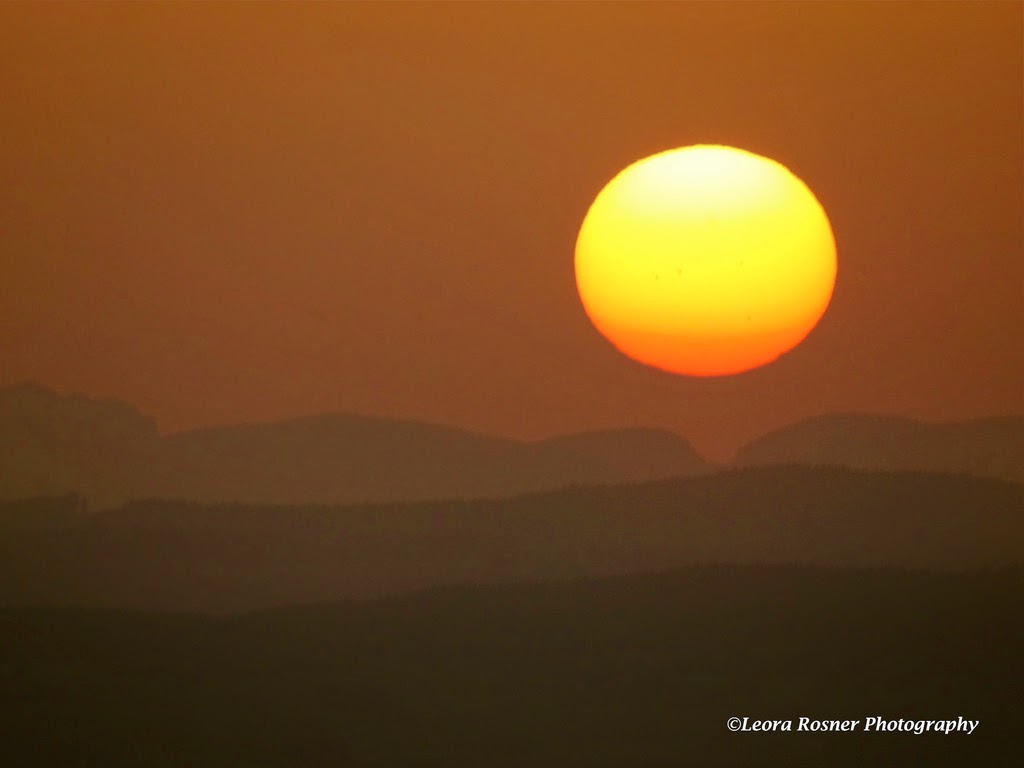