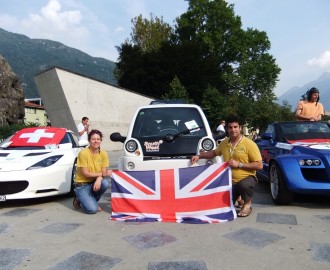 Arrived in Bellinzona with the MIA car, Official welcome by the city Major and press. We then made our way to San Bernardino some 48km away, stopping for the night in Wildhaus for a full charge and some food. 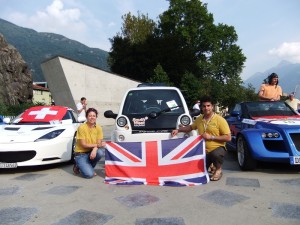 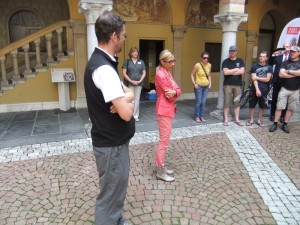 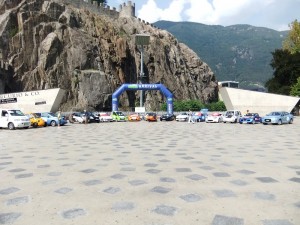 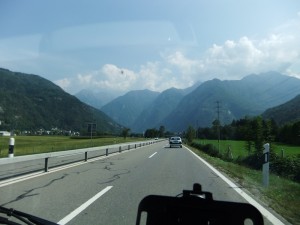 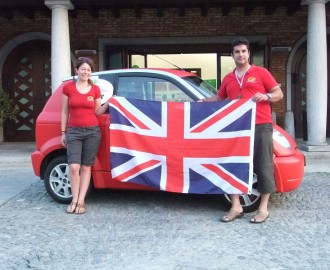 We started this morning at Torino, then onto to Novara. We then charged the car for 6 hours then onto our first country boarder cross! 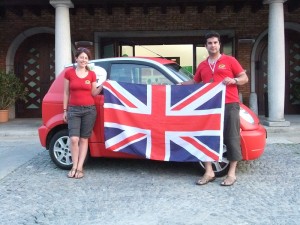 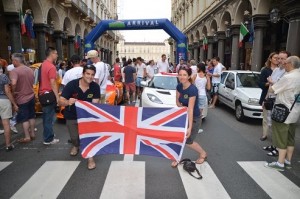 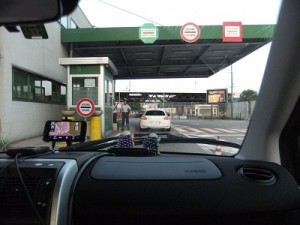 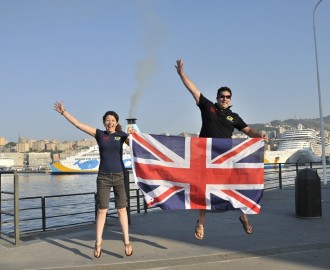 Team GB started WAVE in Genova, driving to Asti for lunch then finishing for day 1 in Torino. 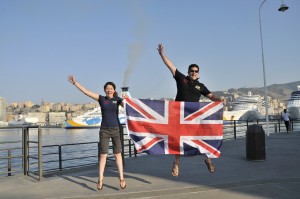 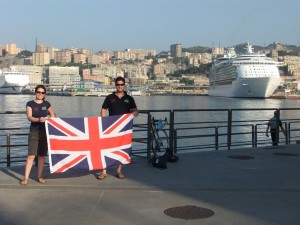 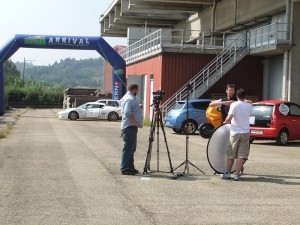 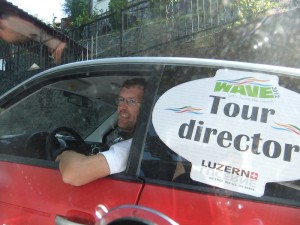 Final preparations are in hand in Genoa, Italy, for the launch of this years WAVE! The 2012 World Advanced Vehicle Expedition (WAVE) is commencing on Sunday 9th September. Over 19 electric cars powered by renewable energy will drive from Italy across France, Switzerland, Germany and the Netherlands, to finish on 22nd September in Amsterdam, the Netherlands. The global media is invited at each stage of the drive in order to promote interest in the development of clean, electric vehicle technologies for future generations.

Louis Palmer, the founding Director of the WAVE, has given Gordon Foat once again the exclusive opportunity to drive for the UK this year in this spectacular display of electric vehicle technology. Gordon Foat is the Director of Green MotorSport Limited, an award winning company. Earlier this year he was given the 2012 People and Environment Achievement Award for Green Sport. Last September, during 2011, Gordon, representing Team GB, drove from Paris to Prague, stopping at 30 cities en route, in the first ever WAVE, collecting an astonishing 4 awards for electric vehicle technology. The WAVE is a leading international event to raise awareness of renewable energies and electric mobility as brilliant solutions for a greener and better future.

20 teams from European countries are driving across Europe. Each team must feed electricity from a renewable source, such as wind or solar into the grid in their home country. This shows that each person can produce his own electricity at home from renewable sources and drive in a clean way. En route, the vehicles will withdraw that energy from any power socket. Each participating vehicle must show proof of clean and green energy production from their home country.

The UK’s energy sponsor for WAVE 2012 is The Moss Solar Trust, which supplied Team GB’s renewable solar energy for WAVE in 2011. Events will be organized in each City visited to spread this powerful message to a global audience: ” Letfs move the whole world to renewable energies and electric mobility! ” Since last yearfs WAVE we already have more wind and solar energy stations providing on site zero carbon charging facilities for our electric vehicles, and it is our aim to make renewable energy available to all drivers in the future.

see https://www.greenmotorsport.com for full information about the WAVE 2012.

EVENTS IN 30 TOWNS AND CITIES

We will visit governments, business leaders, schools and places of interest. Two or more events are planned every day, which will include press announcements, radio and TV interviews, video displays and competitions. Each event will be followed by a drive of up to 120 kms. The WAVE will be recorded and the pictures made available to television, cable and satellite channels around the world. The WAVE Management is organizing 10 competitions, held on different days in different locations. Prizes will be awarded for various categories, including safety, design and range. Each competition will have a different jury, arranged by the event host for that city. Altogether there will be prizes awarded with a total value of 10,000 Euros.

The main sponsor for team GB is Southwest Heating Solutions. 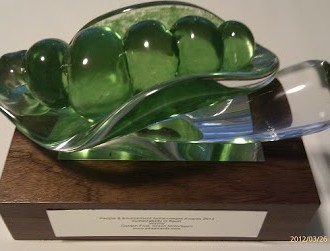 Gordon Foat Director of Green MotorSport in Woking, was presented on March 21st 2012 in London with the People and Environment Achievement Award for sustainability in Sport. Nominees for this prestigious Award included Forest Green Rovers.

Michaela Strachan of the BBC Presenting Team presented the Award to Gordon at a celebratory event. The head Judge was Tony Juniper author of Harmony (2010) co written with HRH The Prince of Wales and Ian Skelly. Rebecca Hill International Director of National Geographic Magazine, and Jarvis Smith founder of People and Environment Achievement Awards, were among the Judges. The Award recognises and celebrates individuals who are making a transition to a more sustainable world. Gordon has for many years been striving to create cleaner technologies in the field of motorsport and the automotive sector. Last autumn Gordon won four Awards when he represented the UK as Team GB in the world’s first advanced vehicle expedition through Europe.
See www.greenmotorsport.com and www.peaawards.com 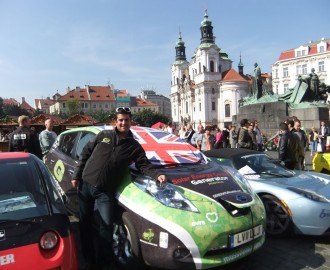 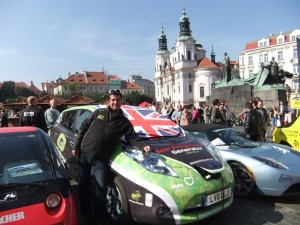 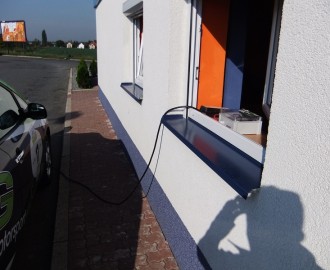 Well, it’s the final trip! I liked JIHLAVA but was ready to complete the WAVE! To be 100% that I would get to the finish I would have to do some “plug hunting” and make a quick pit stop to charge the battery pack. I only needed 20 mins of extra energy to make sure I would make it! 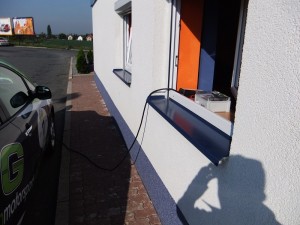 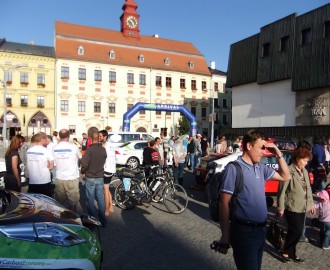 This town has magical qualities. Don’t know what it is.. but it has it. It was also well worth keeping on the back roads. First again! Even Horace enjoyed the trip for some reason? I did a little search on google and found that the The city’s German name, Iglau, is derived from the German word for hedgehog, Igel, hence the hedgehog on the coat of arms!!!! MAD! also I am a leo! 🙂 Take a look at the following coat of arms link 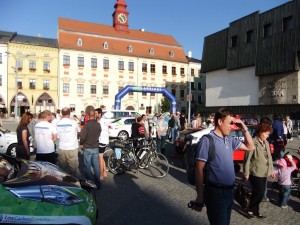 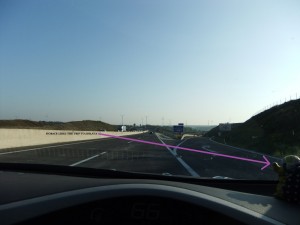 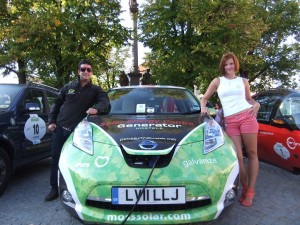 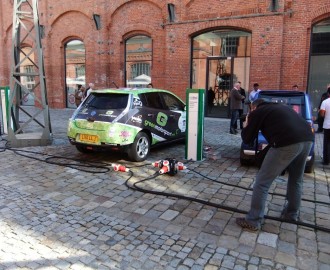 I was one of the first WAVE teams to arrive in BRNO, Very impressed with the charging put in place for the cars. Many thanks Jaromir Marusinec for your help! Great food and great people. 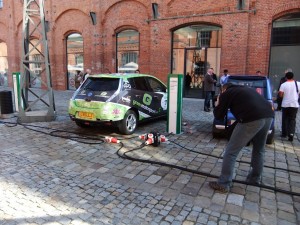 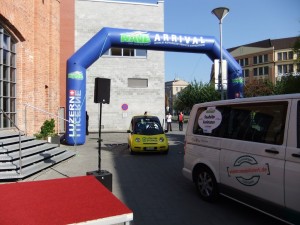 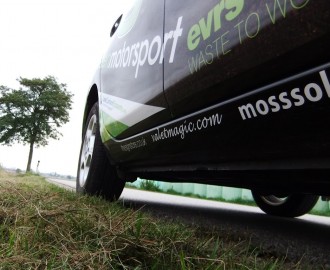 A short jumpt to Vienna today. Was a very hot day! Still have my hair! 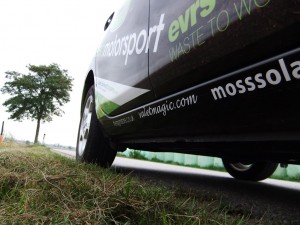 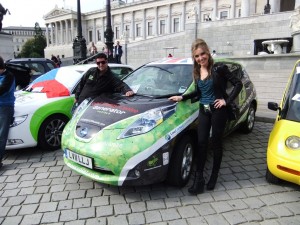 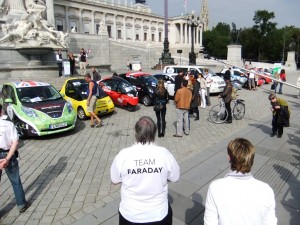