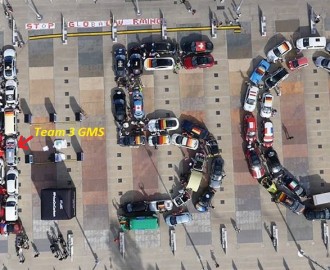 With the recent increase in carbon dioxide concentration in our global atmosphere posing a threat to our way of life, a small growing company in the UK is pushing ahead with its own zero emission technologies. END_OF_DOCUMENT_TOKEN_TO_BE_REPLACED

The Green MotorSport Team 3 GB is preparing to start the WAVE 2016 on the 11th of June.  We will be driving the new Chinese E6 BYD electric car. END_OF_DOCUMENT_TOKEN_TO_BE_REPLACED

Green MotorSport is a member of the World Advanced Vehicle Expedition (WAVE), which every year drives around Europe powered by wind, sun or biomass energy. On the last WAVE, Gordon Foat drove his prototype service vehicle called the Tapir across 4,000 kilometers, including the highest point in Europe, powered by the sun. END_OF_DOCUMENT_TOKEN_TO_BE_REPLACED

Team Green MotorSport has returned after participating in the 5th World Advanced Vehicle Expedition (WAVE).   Starting in Plauen near Berlin, 90 teams from all over the world drove across Europe powered by energy sourced from the sun or wind.  They visited over 20 towns en route, giving presentations to local communities, businesses and schools.  The Green MotorSport buggy called the Tapir, is seen here at the highest point in Europe at 2750 meters in the Italian Alps.  Gordon Foat of Green MotorSport Limited was accompanied in Vehicle 1 on WAVE by Leora Rosner of the Growing Air Foundation.  Growing Air Foundation (GAF) is a non-profit organization raising funds to replant forests that have been destroyed or degraded. END_OF_DOCUMENT_TOKEN_TO_BE_REPLACED